Angel is an 8-time, award-winning recording artist and songwriter with over 35 music industry nominations.  Angel Sessions has continued with the success of her multiple albums and single releases that has hit the music charts peaking at #1. She has won the hearts of fans from around the world through her music, releasing singles that have over a million streams on SoundCloud and Spotify. Angel is also a Grammy voting member, and NAACP member.

Angel released a classic R&B remix “Let's Wait A While,” originally sung by Janet Jackson.    The song received rave reviews from Janet's fans all over the world.  Recently, Angel released another R&B song that she wrote entitled,  "Ready To Rock."  The song debuted at #2 on Amazon's Contemporary R&B Top 100 Chart for 4 weeks.  Currently, it has over 6 million streams on SoundCloud. Listen to Angel’s interview on Atlas Elite Entertainment Magazine to learn how she balances her duties as a partner with AEE while preparing to release a new R&B classic album this year!

Angel Sessions’ 25 years in the music industry has given her the experience to help other artists, guiding and teaching them her knowledge and how to have longevity in the music business. Visit the Atlas Elite Entertainment Magazine to hear Angel’s exclusive interview in where she talks about a wide variety of interesting topics.

Visit our magazine to hear the entire  exclusive interview with  Angel talking about a wide variety of interesting topics.    Visit  Angel's website to learn more about  this dynamic artist. 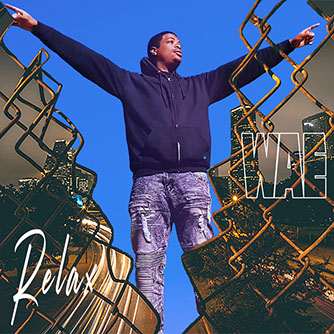 Wae (pronounced, way) is a raw, talented hip-hop recording artist  who is the newest artist to signed with Atlas Elite Entertainment and managed by Angel Sessions.  He is the new Crown Prince of AEE.  Born and raised in Chicago, this multi-talented artist has big plans of becoming successful in the music industry.  Wae is also an accomplished audio engineer who mixes his songs.  He plans to release a new single in the first quarter of 2021.  AEE is already at work branding him to make his mark on the hip-hop community.  AEE plans to provide him with the foundation he needs to live his dream.

Watch out for this charismatic, raw talent who is now a part of the AEE family.

Princess of Atlas Elite Entertainment Shardella Sessions has released her new anticipated single "It’s On Me."  Shardella writes her songs, and creates her own vocal arrangements in smooth style.  Her lyrics are delivered with a pleasant vibe. Her message is powerful and motivating.  When she says, “it’s on me now” it is a call to take full responsibility for the directions of one’s life.  In addition to being a songwriter, Shardella also produces and mixes her songs, which is an exceptional talent for a young artist.  Her involvement to that level is the ultimate of what it means to be truly independent and free to be creative without distractions.  DJ's from around the country have requested this single to play on their radio station.  Thousands of R&B listeners are discovering Shardella's music and they are lovin' it.

Shardella is currently working on a brand new album that she is writing. Her fans can't wait to see what she is going to come with next.

Listen to what Angel has to say about Shardella who is coming into her own with her unique style of singing with harmonies.